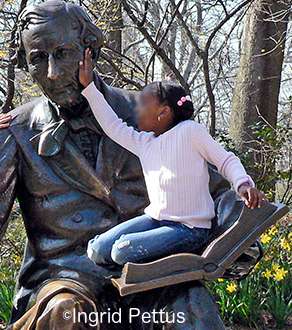 This month, November, I am participating in the Nanowrimo. It’s for anyone who would like to write a novel and needs some motivation. You can click on the link to find out more info. I wanted to add a blog post that’s a bit different than what I usually do to add tips to help other writers.

I have no idea where I got this list from. These tips may have been published in Stephen King’s book On Writing or I may have copied them from an interview that I read on the internet. If anyone knows please let me know. And if there is a problem with this blog post please contact me and I will take it down immediately.

1. Stop watching television. Instead, read as much as possible.

If you’re just starting out as a writer, your television should be the first thing to go. It’s “poisonous to creativity,” he says. Writers need to look into themselves and turn toward the life of the imagination.

To do so, they should read as much as they can. King takes a book with him everywhere he goes, and even reads during meals. “If you want to be a writer, you must do two things above all others: read a lot and write a lot,” he says. Read widely, and constantly work to refine and redefine your own work as you do so.

2. Prepare for more failure and criticism than you think you can deal with.

King compares writing fiction to crossing the Atlantic Ocean in a bathtub, because in both, “there’s plenty of opportunity for self-doubt.” Not only will you doubt yourself, but other people will doubt you, too. “If you write (or paint or dance or sculpt or sing, I suppose), someone will try to make you feel lousy about it, that’s all,” writes King.

Oftentimes, you have to continue writing even when you don’t feel like it. “Stopping a piece of work just because it’s hard, either emotionally or imaginatively, is a bad idea,” he writes. And when you fail, King suggests that you remain positive. “Optimism is a perfectly legitimate response to failure.”

According to King, rudeness should be the least of your concerns. “If you intend to write as truthfully as you can, your days as a member of polite society are numbered anyway,” he writes. King used to be ashamed of what he wrote, especially after receiving angry letters accusing him of being bigoted, homophobic, murderous, and even psychopathic.

By the age of 40, he realized that every decent writer has been accused of being a waste of talent. King has definitely come to terms with it. He writes, “If you disapprove, I can only shrug my shoulders. It’s what I have.” You can’t please all of your readers all the time, so King advises that you stop worrying.

4. Write primarily for yourself.

Writer Kurt Vonnegut provides a similar insight: “Find a subject you care about and which you in your heart feel others should care about,” he says. “It is this genuine caring, not your games with language, which will be the most compelling and seductive element in your style.” END_OF_DOCUMENT_TOKEN_TO_BE_REPLACED

Well, I’m finally back with a new domain for the blog. I could not handle Blogger anymore. The app for the iPhone no longer worked. I could only write posts from my laptop. I prefer to do almost everything from my phone. Laptops are so passé, you know. So early 2000’s. We live in the age of the smartphone and tablet. It’s time to move into the 21st century.

I watched a couple of Youtube videos made by collectors of these dolls and instantly wanted them. So off to Aliexpress I went. I haven’t been able to figure out how Taobao works because I don’t read Chinese and I never will. Every time I try to navigate that site even using Chrome translate it ends up being a complete disaster.

These dolls are 60 cm or a little more than 23 1/2 in. I believe they are made of vinyl with acrylic eyes. Their wrists don’t rotate so sometimes they look awkward holding things. They are between $50 and $100 dollars US. They can be customized with wigs and eyes. It was much cheaper than buying ball jointed dolls.

I bought both of these dolls from two different sellers on Aliexpress. Here is the Eva Water Prince.

He’s a complete mess. No shoes. Really? I have one word for that wig, atrocious. All I can say about that outfit is…well, he is supposed to be a Water Prince, whatever that is. The outfit is ugly.

Here is the view from the back.

The wig is just as ugly from the back but I love his Elvish ears. They are the reason that I got this particular doll. The ears are removable with regular human ears underneath.

Night Lolita comes with an extra dress. I wasn’t too crazy about either outfit, the shoes or the crown. I chose her because I thought she had the prettiest face of all the dolls that I saw. 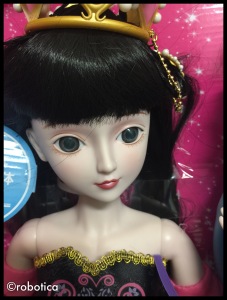 I don’t like her wig, either. She also came with a sad looking pair of white panties. They were ugly, too.

This is the back of the box. I don’t know much about these dolls. I did check out the website listed on the back of the box: Yeluoli. It’s all in Chinese. Night Lolita came with a booklet that’s in Chinese as well. At least, I think its Chinese. I translated the site to English but I still didn’t understand very much. I tried to read the story about a girl, dolls, a magic shop and witches. It didn’t make sense because it was a very bad translation. There were a few very pretty dolls listed. I think these dolls are made by Elite Media & Toy, Inc. 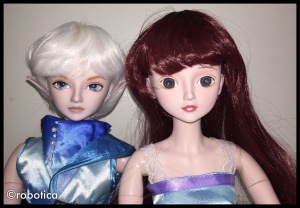 Ta da! New wigs for everybody. These are great quality wigs that I found for cheap on Aliexpress. They’re looking better already. I wanted to change Night Lolita’s eyes. I thought she would look much better with green eyes. Unfortunately, I ordered the wrong size eyes. Now one of my smaller dolls is going to get green eyes.

Ah, such an improvement. Her name is now Araya. She looks so pretty in her new dress and donut earrings. I made the butterfly necklace. I took the charm off of a keychain. 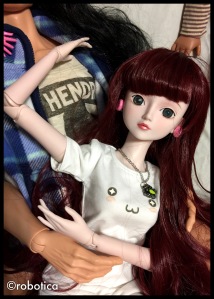 Araya is getting comfortable in her new home and getting along well with my only ball jointed doll. 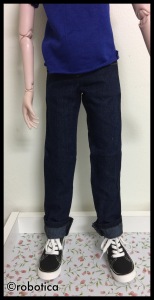 Here’s a partial photo of Milo formerly known as the Water Prince wearing his new shoes and t-shirt (it was originally a dress with a hideous cat decal on the front) from eBay, jeans from Aliexpress.

I’m going to be real with y’all. Life in the big city is rough. I wanted to take my dolls outside for a photo shoot preferably around some nature, grass and trees. That involves looking out for dog poop, human poop and pigeon poop. Basically, my borough is covered with poop because lazy, nasty people can’t be bothered to pick up their dog’s poo, pigeons just like to terrorize people and I don’t even know what to say about the humans who think the whole world is a toilet including the staircase of my building. The struggle is real.

I’m tough so I grabbed my dolls and headed out. It was a gorgeous day. Why waste it by staying indoors? 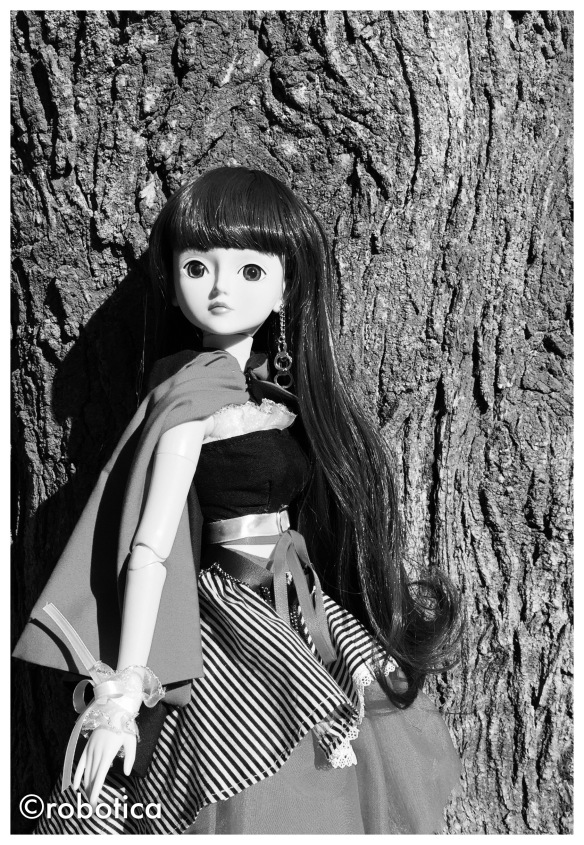 Araya is wearing an outfit I made for her. The clothes for 1/3 size dolls are usually expensive. I buy anything that I can find for cheap. The rest I’m going to have to make no matter how bad my sewing skills are. This outfit is a combination Red Riding Hood and Steampunk. My version of it, anyway. 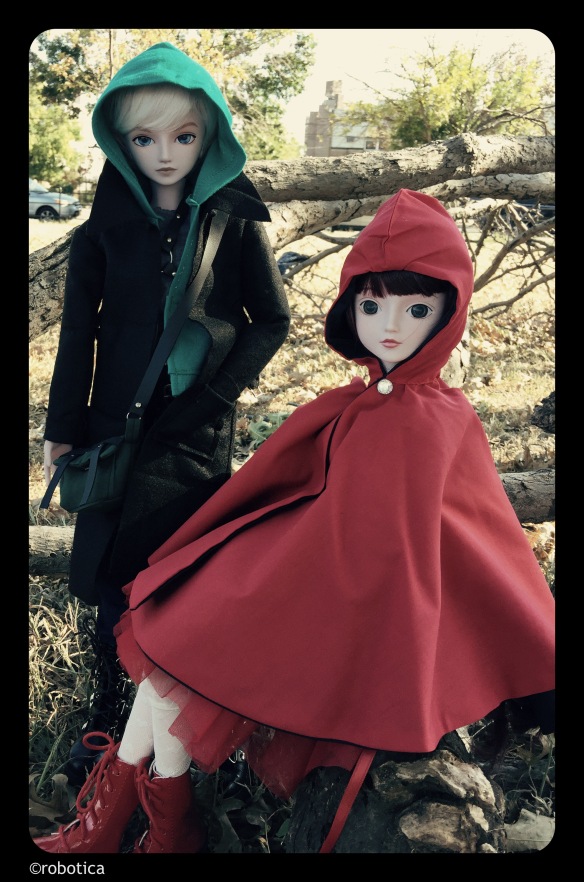 Araya and Milo taking a trip through the woods. I got Araya’s boots and socks from Aliexpress. I made everything else. I made Milo’s coat, hoodie and bag.

She has a small hatchet for protection in case she comes across any wolves on the way to her grandma’s house. I based her outfit on a few different photos I saw on the internet. Her cape is reversible.

Milo’s outfit is based on Cyberpunk. It’s as Cyberpunk as I could get it. I made his chest harness thingy. He’s wearing another one of the t-shirt dresses with the ugly cat decal that I removed and cut to make it a regular t-shirt. 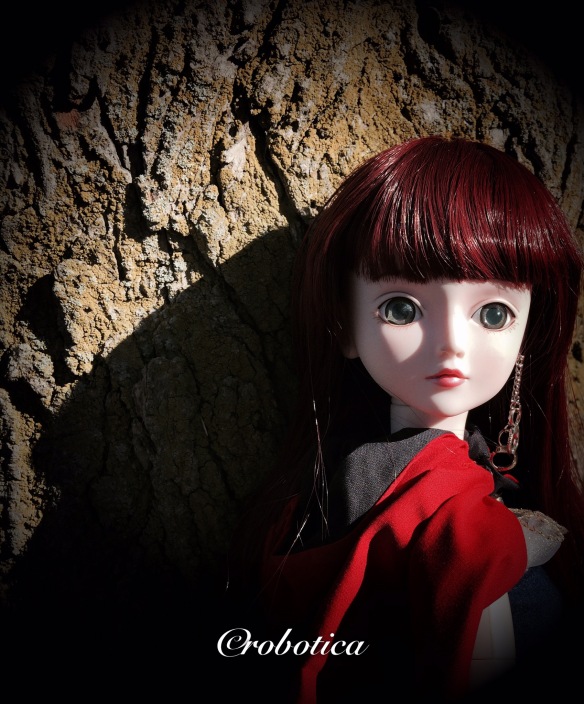 While Araya continued exploring the Woods in the City (and dodge poo) Milo explored the city. 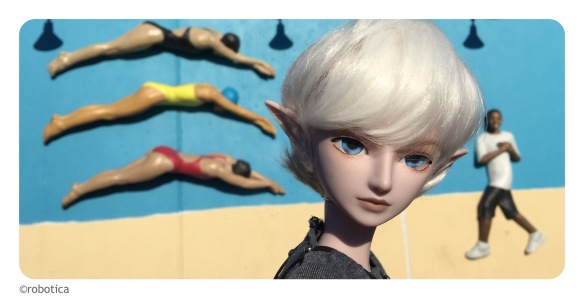 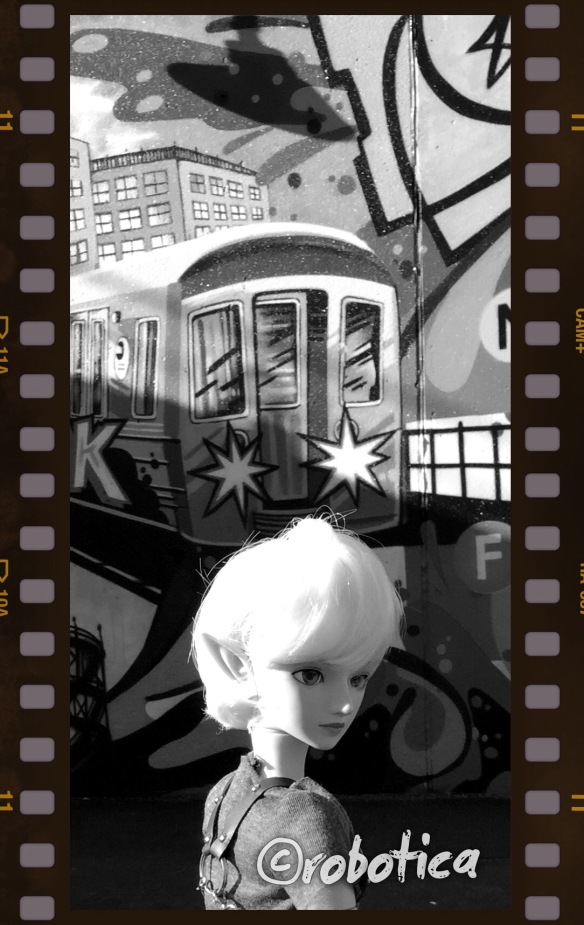 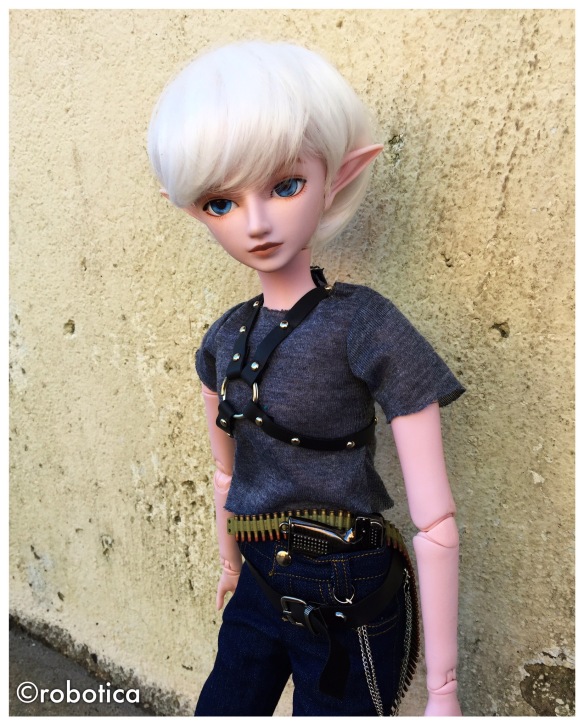 Yep. Milo’s a street-wise Cyberpunk hacker outlaw Elf living in the Big City. 😎😉 I get burnt out from sewing but it’s so satisfying when my dolls have clothes to wear. We had a great time exploring the city today. I hope you enjoyed the photos. Robotica

More doll and toy reviews can be found on my old blog.

Let me help you understand what it means to be autistic, black and female.